ABOVE PHOTO BY AILEEN AGONCILLO

Every language uses metaphors, but they may only have meaning in one culture. Translating them literally may be meaningless.

Jesus’ question in Luke 7:24 is an example: What did you go out into the wilderness to see? A reed swayed by the wind?

John the Baptist had been baptising people in the Jordan River, where papyrus grew thickly, sending hollow reeds vertically and horizontally. Their roots dangled in the water and the entire mass floated around as the wind blew. Jesus’ hearers would have understood that he meant John was not like the reeds. He was not a person without firm roots in God. He was not a person who would move this way and that with changes and fads in teaching.

Central Australian rivers are normally dry. They flow briefly after substantial rainfall and dry up into a series of billabongs, gradually reverting to a sandy riverbed. Only the permanent waterholes have reeds.

Using Alyawarr words for various native grasses made the image meaningless and unnatural.

I left it for a while.

One day I heard people describing Christians who fall away: ‘They’re just floating’.

I asked what they meant.

‘Like the leaves on the billabong, they’re just floating and going nowhere.’

After discussion with the translators, this turned out to be a suitable equivalent metaphor for Luke 7:24.

These sentences now back-translate as: Why were you looking for John? Maybe you were thinking he was just floating – not?

This story is from Wycliffe Today – October 2017 Edition (PDF) 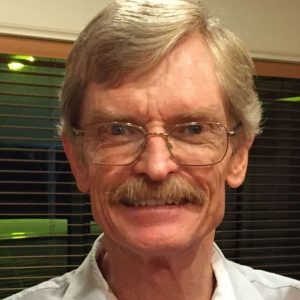