Musings from one who has lost her heritage language

ABOVE PHOTO BY AILEEN AGONCILLO

I remembered a story I read of two Wycliffe members doing some language survey in northern Australia. After they had finished, they got into their Land Rover. The old Aboriginal man whom they had just spoken with ran after the vehicle, arms held out beseechingly as he called out, ‘Don’t go! Stay with me longer! Let me give you more of my language!’

I have often wondered why this imagery has stayed with me. Perhaps it is my overactive imagination. Or my ability to feel this man’s emotions.

I suspect it is because of its echoes with my own story.

I am a Malaysian Chinese who can’t speak to either of my grandparents very well. They spoke Teow Chiew and Hokkien (mum’s side) and Cantonese (dad’s side). My mother also speaks Hokkien which is widely used in Penang. But embarrassingly, I do not speak any of the above because our immediate family grew up speaking English.

Through my years of involvement with Wycliffe, I have become aware of the many factors that contribute to an individual or a community consciously or subconsciously giving up their heritage language¹: economic and educational pressures, ideological factors such as the assumption of English’s superiority, even religious factors (the church services I attended were in English), to name a few.

There is a link between minority language groups and oppression, unequal power distribution and discrimination. In the case of language death, it ‘seldom occurs in communities of wealth and privilege, but rather to the dispossessed and disempowered’.²

Although I have lost (or never really known) my heritage language, I feel for many other communities who are grieving as they watch their young people make similar choices. This is because the loss of language often speaks of something deeper – the loss of cultural identity. I love that Wycliffe wants to be present with them in this time of pain.

But here’s the thing. My heart language is really English. And for a while, I was terribly embarrassed about that because I was in an organisation that championed the causes of heritage and minority languages!

Until I realised that Wycliffe’s passion is about everyone encountering God in the language that speaks best to them. That’s why Wycliffe personnel work with small language communities and bigger ones, listening to how we can best support the translation and language projects they wish to see in their communities. We will always have a soft spot for the least resourced, but our focus is on the people who speak those languages and what they believe they need.

¹ Definition: A heritage language is a minority language learnt by its speakers at home as children, but never fully developed, because speakers grow up with a dominant language, in which they become more competent. Polinsky & Kagan label it as a continuum that ranges from fluent speakers to barely speaking individuals of the home language. https://en.wikipedia.org/wiki/Heritage_language#

² Stephen May, ‘Uncommon Languages: The Challenges and Possibilities of Minority Language Rights’, Journal of Multilingual and Multicultural Development 21, no.5 (2000): 368

About the Author: Deborah Tan, is the editor of Wycliffe Today – February 2018 Edition (PDF) 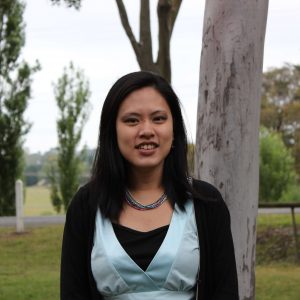