Be joyful in hope, patient in affliction, faithful in prayer.

Part of the journey that I am personally on is for WBTA to choose an approach of prayer and patience when relating to others and stopping to seek the Lord’s direction in diverse situations. The temptation to narrowly focus around a limited set of translation, project or organisational outcomes is never far away, rather than focusing on how are we together glorifying Christ. Our experience in 2016 has shown us that taking an attitude of prayer and patience does not need to come at the expense of outcomes. 2016 was another strong year for Wycliffe Australia in terms of financial support, recruitment, and member retention. But we are one cog in a worldwide movement. Worldwide, three new translation programs commenced every two weeks in 2016 and increasingly national organisations and churches are taking leadership for Bible translation in their own countries. Our joy however is not in raw numbers – after all this is God’s mission – but in the privilege of participating in his mission. 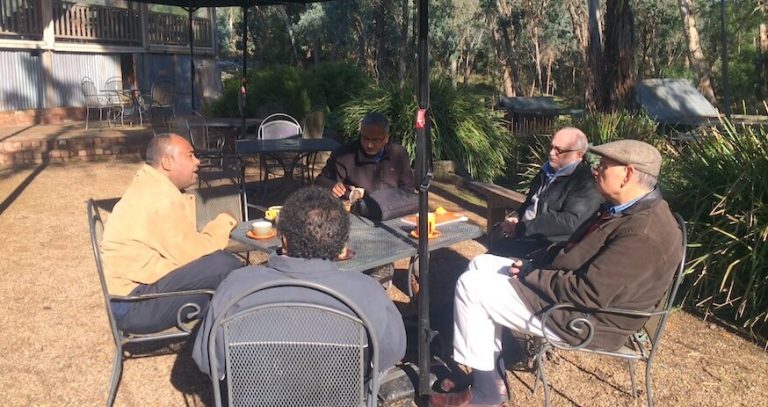 In 2016 our relationships with Wycliffe Global Alliance (WGA) organisations and their leaders has strengthened considerably. Under the Next Step Development (NSD) initiative our first desire is to build trust with WGA leaders through personal sharing and mutual hospitality. It is crucial to understand the vision they have, the challenges they face and how they see their part in the worldwide Bible translation movement. Wycliffe Australia’s part is in a small but strategic way to support their implementation of their vision.

This has opened up new involvement for Wycliffe Australia in South Asia, Bangladesh, Indonesia and Papua New Guinea, with new ones emerging into 2017. For me it also comes with a commitment to pray for these national organisations and their leaders which I now do in the first hour of each morning that I am at Kangaroo Ground. This is personally transforming. I have invited supporters of Wycliffe who have a heart for our national colleagues to stay updated from the prayer chapel and join me in prayer. Over 250 have already joined. If you are interested, you can sign up here. Next Step Development combined with prayer has been both personally and organisationally the most significant new development in 2016. Read more here.

We were blessed in 2016 with some very generous donations. Total gifts in 2016 of just over $400,000 doubled the donations received the previous year. However new projects are continually being added, particularly as we come alongside WGA leaders and become aware of the growing opportunities that exist to support Bible translation. These are exciting times.

Some major projects supported in 2016 include: 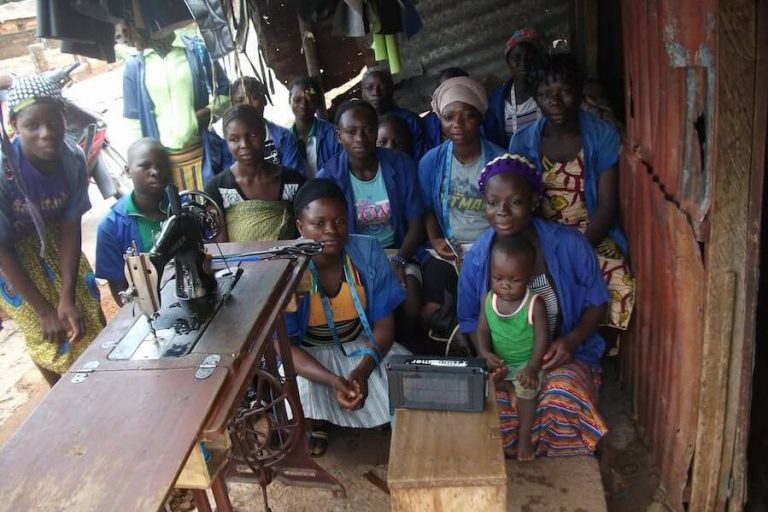 Wycliffe has as one of its founding values service to all. This is as relevant today as it was in our foundational years. Service to all often means we support other organisations’ visions and capacity that is in step with our own. In 2016 the majority of our members served with SIL International and organisations in the Wycliffe Global Alliance. However, members also served with:

ROLE OF THE HOME OFFICE

Traditionally, home offices are seen as purely providing administrative functions removed from the field. This is becoming less and less so as our home-assigned members are often in direct and constant contact with field needs. Here are just a few of the services offered from the home office in 2016.

FINANCES
The Finance Office sends detailed monthly financial reports to our field members and within days of the month end the office transfers their financial gifts to designated accounts that members can access immediately from overseas. Any queries are immediately handled through email. 2016 was a record year for total financial support for Wycliffe members, all of which was handled by our Finance Office on behalf of our members. View total financial support here.

ACCOMMODATION
Short-term accommodation needs of missionaries coming back or through Australia are difficult to meet. Wycliffe and MAF Australia own and operate Treetops Lodge in Cairns which serves medical and other needs from members mainly from PNG. Last year it ran at over 75% occupancy rate. Similarly, our apartments in Brisbane are continually in demand as is our accommodation at Kangaroo Ground. All these services directly support the field. 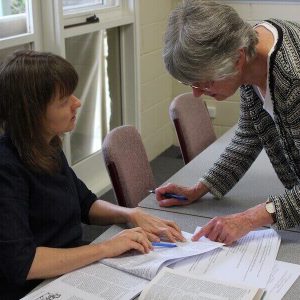 Typesetting Scriptures can now be done from anywhere. Wycliffe Australia, through Laurie Morgan working from his home in Melbourne, prepared the Barok New Testament (2016) and the Hinsaal New Testament (2015) for the New Ireland Translation Institute (NITI), with more to come in 2017.

BUYING
Pacific Logistics is a buying service of Wycliffe Australia operating from Cairns by Martin Snook. Martin supplies whatever the needs are, ranging from special anniversary gifts to vehicle parts, to medical supplies. In 2016 he supplied $418,600 in goods for missions mainly in PNG. It was another record year.

WYCLIFFE ASSIST
A range of needs have been met through people volunteering through Wycliffe Assist. A number of buildings have been repaired and renovated in Vanuatu, PNG, Darwin, and Kangaroo Ground; ESL teachers have supported mother-tongue translators in several contexts; operations manager, hostess, admin support.
In 2016 the distance between home office and field work became even less.

COMPLETED SCRIPTURES
Completed New Testaments are always a great joy and the climax of many many years of hard work. In 2016 there were two New Testament dedications which directly involved Australian members. These were the Gela New Testament in Solomon Islands (Bruce and Ali Coombe) and the Bunong New Testament (D & M) in Cambodia.

In addition to this, Australian members continued to be involved as managers and consultants and in desktop and digital publishing, Scripture recordings, oral Bible storying, etc. in many, many more languages. Find out more 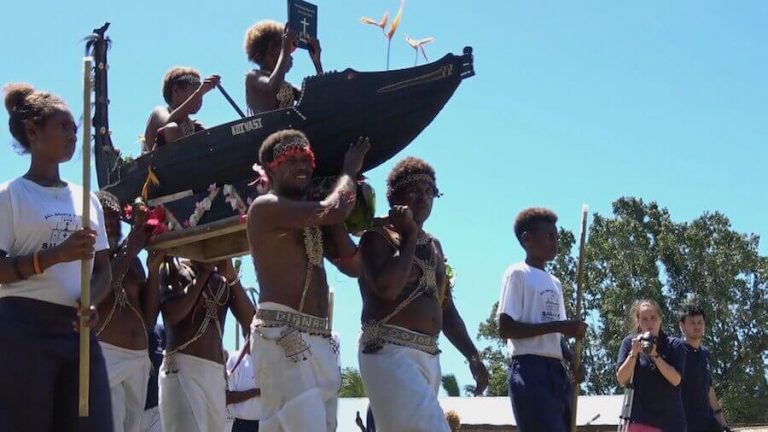 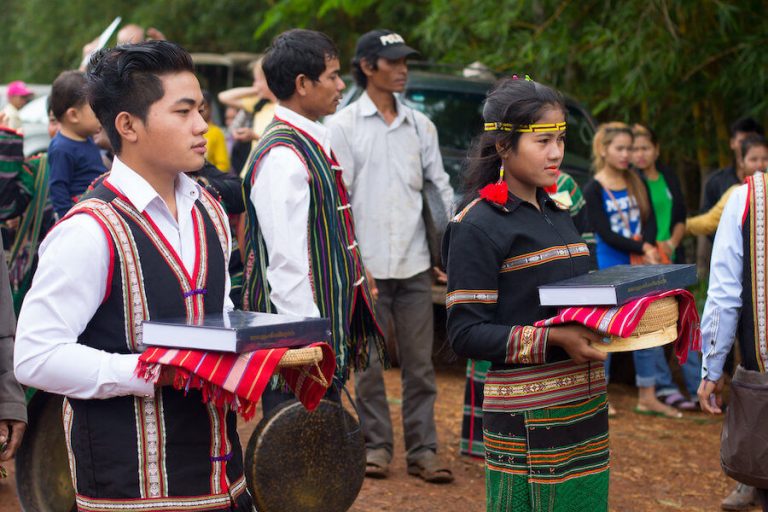 A major focus in 2017-2018 is to continue to support Bible translation and literacy initiatives in the nearby Pacific and Asia region, and where Wycliffe Australia has had historical relationships. Our efforts will be twofold. 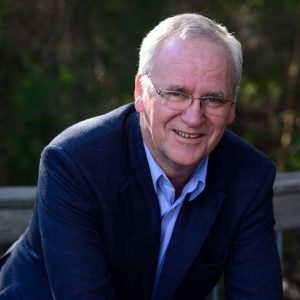 About the Author: Barry Borneman is the CEO of Wycliffe Bible Translators Australia.